Looking for answers? Finish this sentence...

After living it up on cheap funding and free flowing liquidity, the party’s well and truly over – but will rising interest rates be the quick fix we need?

As the dust settles on the Government’s COVID response, Australian borrowers are in the middle of an interest rate cycle they haven’t seen for a long time. The last cycle of RBA official interest rate rises began in October 2009, when the cash rate increased by 1.75% over a year. At the time of writing, the RBA’s cash rate has leapt 1.75% in four months, with promises of more to come – a rise not experienced since 2000.

Borrowers are confused and nervous because they didn’t see this coming. After all, it was only earlier this year that the Reserve Bank proclaimed that they didn’t expect rate rises until 2024. Then inflation hit.

The inflationary pressure we are seeing has been long in the making. We have partied too hard on cheap funding and seemingly unlimited liquidity. This high demand, coupled with COVID and Ukraine conflict, meant supply could no longer respond. Now, like a painful Boxing Day after a festive Christmas lunch, Australians are paying for Government policy with one giant inflation headache. Unfortunately, the only remedy is higher interest rates.

The RBA is obligated to rein in inflation. The practical outcome of its charter is to target inflation at 2-3% per annum over a business cycle. With inflation now heading towards 7% it will act with unapologetic aggression.

‘Interest’ in most home loan contracts is a combination of a base rate and a margin. It’s the same for the lenders. A few months ago, the Bank Bill Swap Rate (BBSR) was 0.01%.  Now, due to RBA increases and looming economic risks, it’s at 1.65%. Four months ago, capital markets were asking for a 1.20% premium over 1MBBSW for the most senior AAA tranche. Those investors are now asking for 1.75%.

At a basic level it’s now over 2% more expensive than it was a few months ago for a lender to borrow; increases they will inevitably pass onto their borrowers.

The Big Four Banks are somewhat insulated from higher cash rates, as they have access to cheap sources of funds that non-banks don’t, including their deposit base and the Government’s Term Funding Facility. These won’t last forever though and eventually the cost of bank funding will also increase. To date the majors have passed on only the official interest rates rises to their borrowing customers.

The RBA is trying to strike a balance of curbing inflation without putting the economy into recession. It also has a full employment mandate – one that’s been well and truly achieved, with unemployment at historically low levels.  However, one could argue this is expected with 400,000 migrants denied entry over the last two years. With rental vacancy trending towards 1%, we’ll soon face the issue of housing these workers when our borders open again.  The Government’s COVID policies were always going to come at a cost. It’s an open question whether our Boxing Day hangover is so serious we’ll miss New Year’s Eve or whether we’ll recover come day two of the Test! 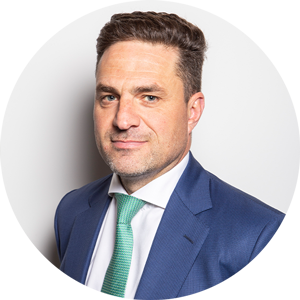 Original piece was published in The Adviser September edition


The above information is a brief summary only and does not take into account your personal needs and is not a substitute for independent professional advice. We strongly recommend that you speak to your accountant as they will be able to provide you the most suitable advice for your individual circumstance and to ensure that you are also always receiving the most up to date information.